This is the art I did for the Crystal Skull spread in the Indy blu ray.  I was told to change the Kate Blanchett character Irina and Indy.  They hated this Indy.  Although I was quite happy with it.  So I changed them to the version you see on the box.  One thing I didn't change was Indy's placement.  I placed the new head right where this one is, but somewhere along the way, it was nudged over so he's midway between Irina and Mutt.  Like it was an oversight on my part.  Several other elements were nudged around as well.  None of this improved the design.  I suspect some of you are thinking 'what's the big deal?' and some of you know how aggrevating this is.  Don't get me wrong, I really appreciate the gig, and the people that fought to have my artwork in the set at all, but this kinda thing can drive ya crazy. 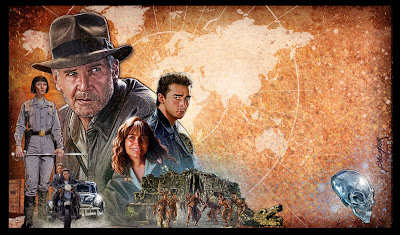 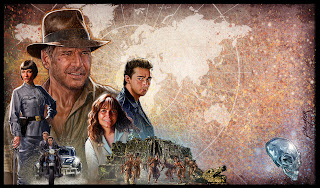 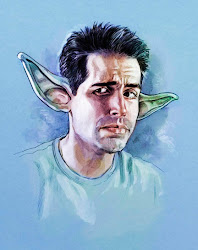